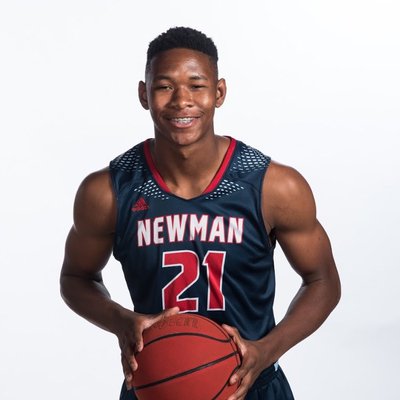 AUSTIN, Tex. — The Newman men’s basketball team won another conference game on the road as they defeated St. Edward’s 73-71 with the help of Dametrius Walker, DeAndre Johnson, and Tim Troussel. The Jets were looking to stay in the conference hunt and with this win they are in good position with conference play winding down.

The Jets (11-11, 7-4 Heartland) were in a tight fight with the Hilltoppers (15-8, 5-6 Heartland) in the final two minutes, both teams trying to gain an edge but both defenses made it hard but the Jets were able to get the upper hand in the final seconds as Dametrius Walker miss a layup and DeAndre Johnson got the rebound and put back layup to give the gets the victory.

-In the first half, the Jets were off to kind of a slow start, until the seven-minute mark when the team was able to take the lead 26-23 after Dametrius Walker hit two free throws. The teams would go back and forth the rest of the half and the Jets finished the half up 37-35.

-At the start of the second half, Newman was able to get off to a better start then the first going up 50-43 with 14:02 left in the game. Newman was staring down at a tied game in the final minutes of the game, Walker, Troussel, and Bryant was able to keep the Jets in the fight. With less than ten seconds left, Walker went up for a layup missing but Johnson was there for the cleanup and put back giving the Jets a victory.

-The Jets were able to get a contribution from guards Ben Ayre and Dametrius Walker, while the forwards Tim Troussel and Kevin Bryant also help propel the Jets. The Jets found momentum late to give them the victory as they look to keep pace with the Hilltoppers throughout the game.

CLICK HERE for the official press release from Newman Athletics.